Remove Years of Stains in just one hour!

Quickly whiten teeth at home, even when there’s no time to plan! An unexpected dinner invite? Last-minute concert tickets? An impromptu girl’s night out? No matter what the occasion, all you need is 1 hour to remove years of teeth stains.Get your teeth whiter and brighter for any event. With Crest 3D Whitestrips 1 Hour Express, you’ll see whiter teeth in just 1 hour. 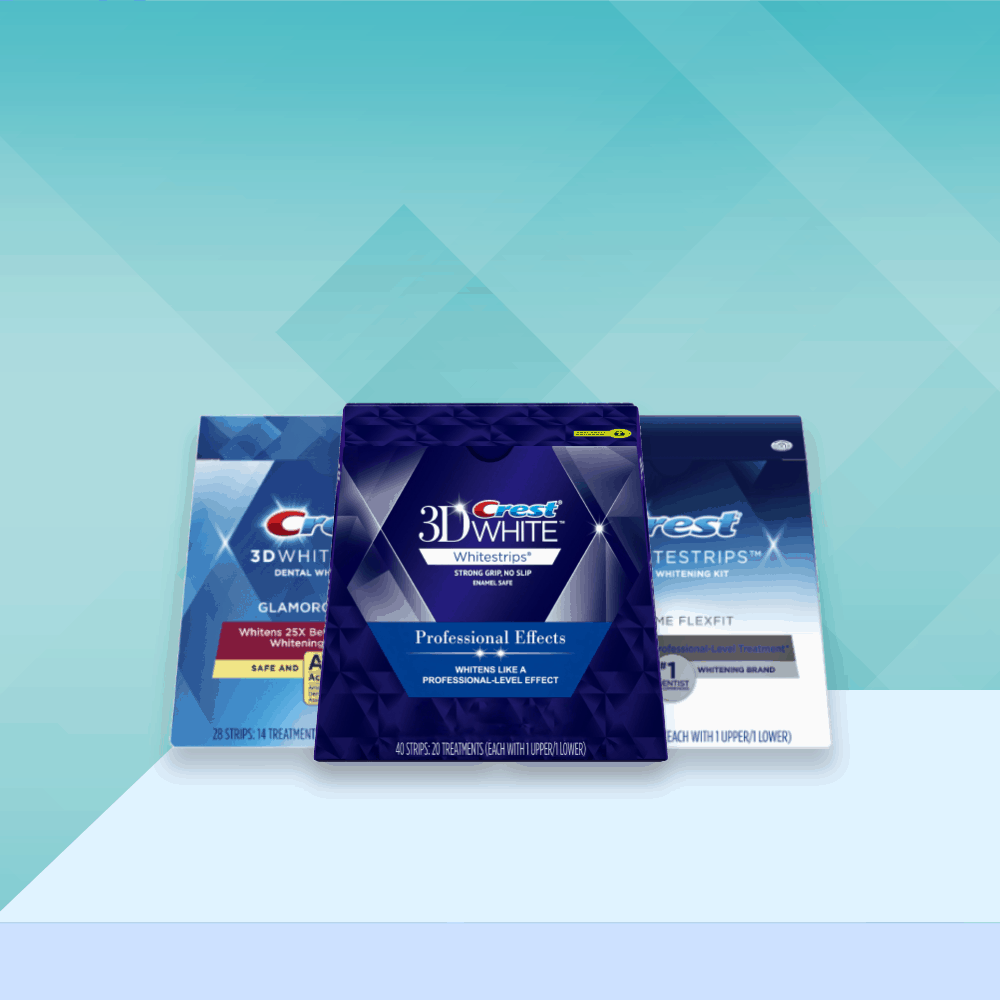 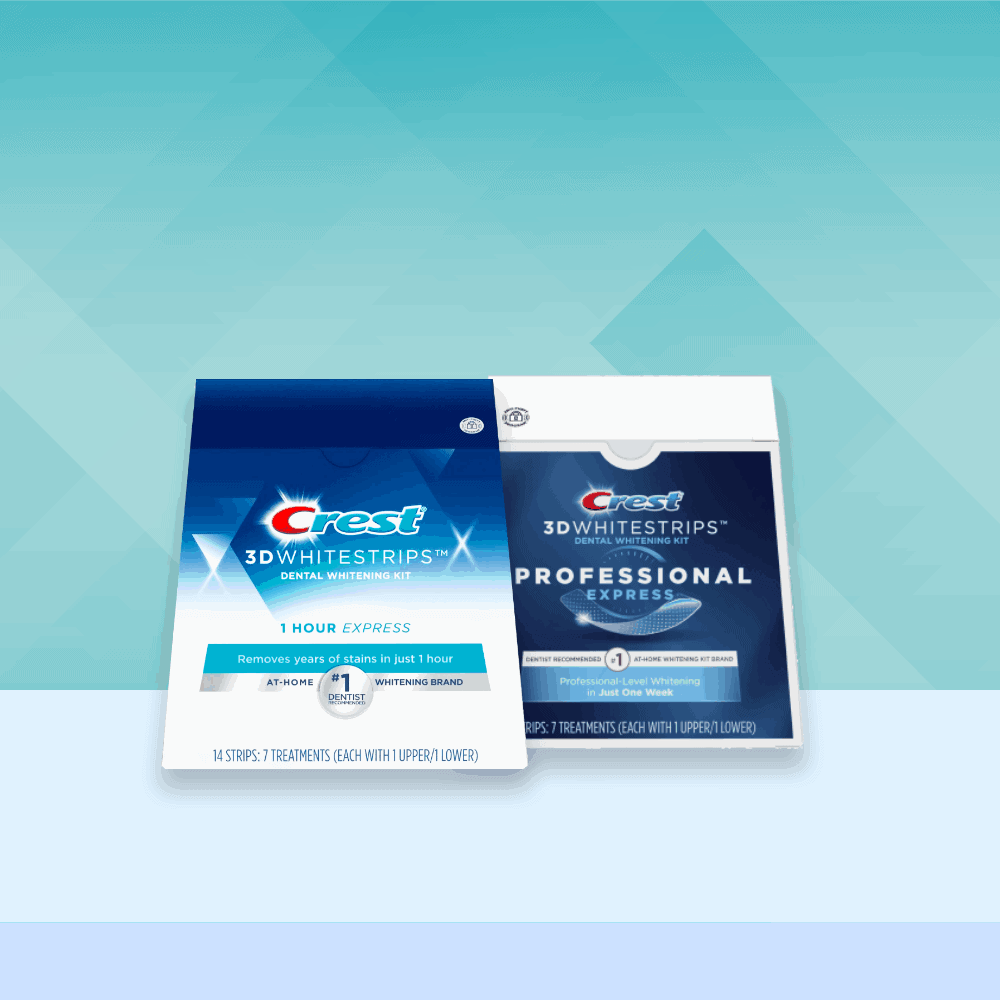 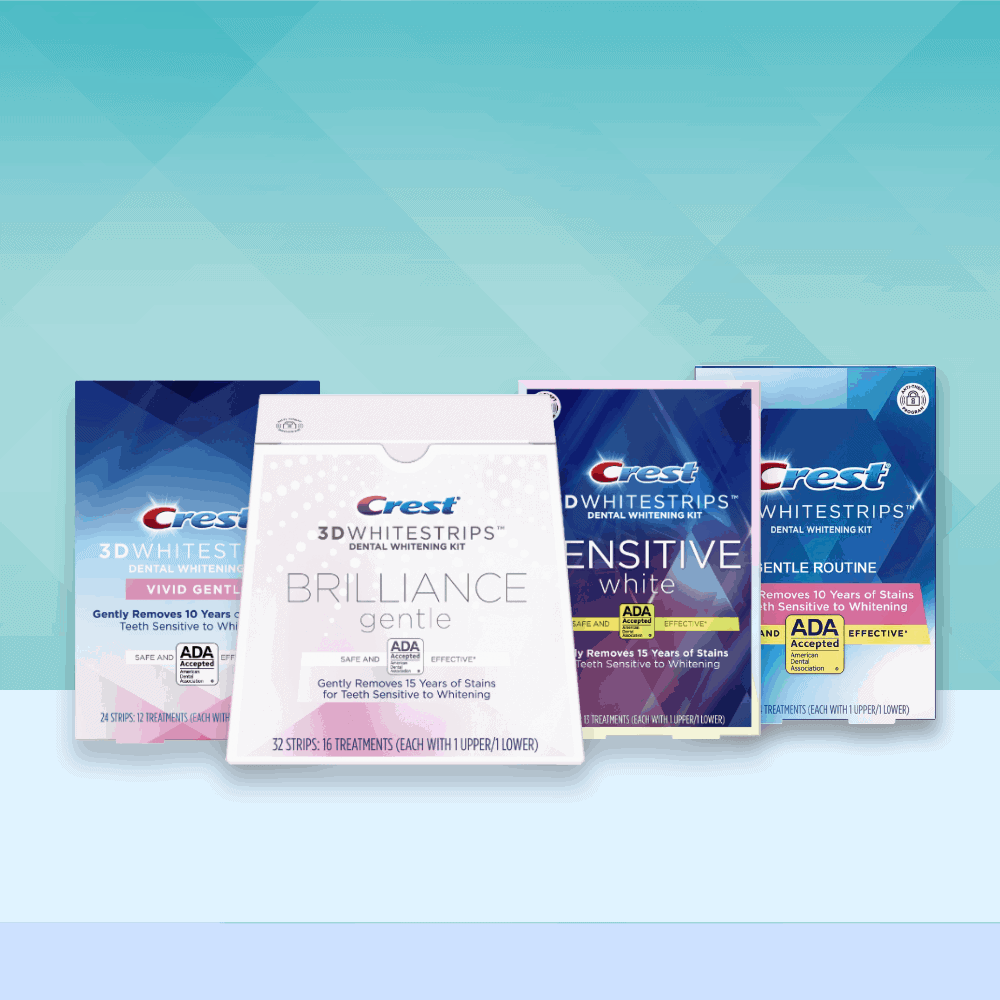 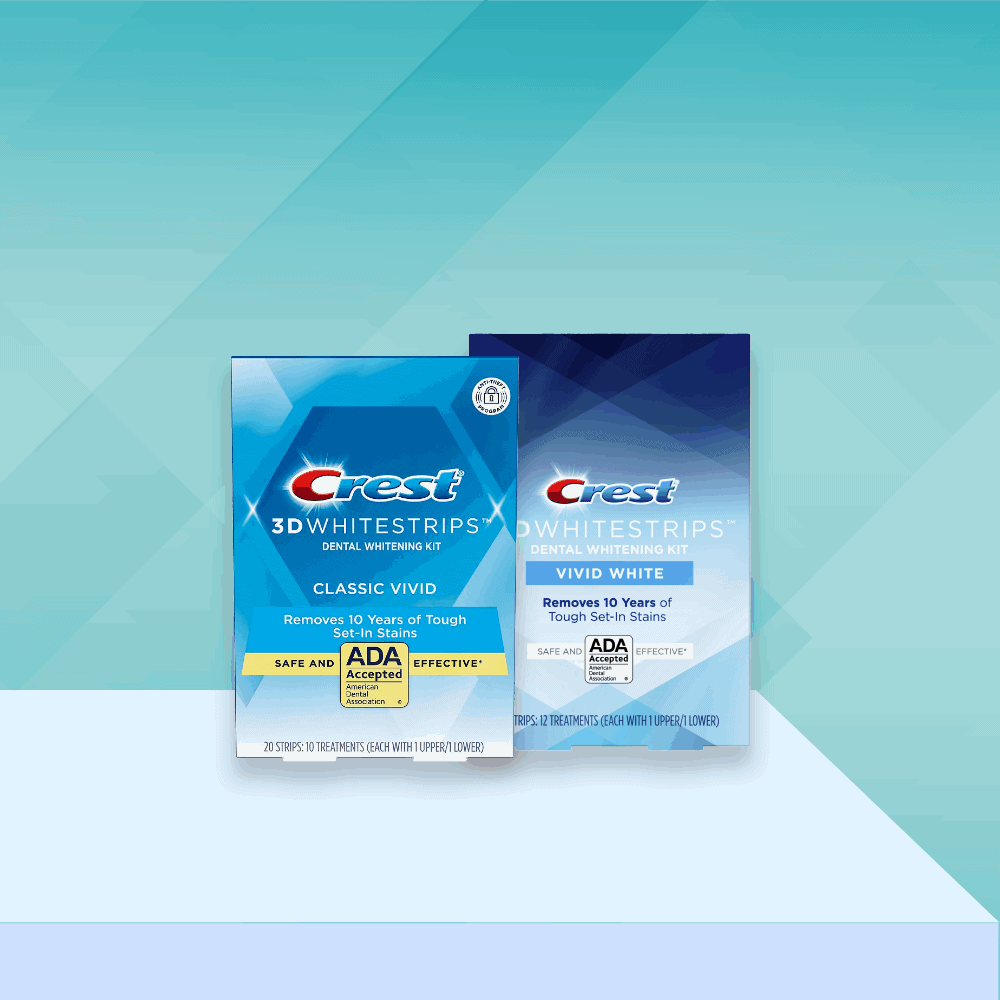 Apply once a day for 1 Hour. Full results in 7 days.

For best results, do not brush teeth immediately before applying strips. Open foil pouch and remove slip. Peel the strip back from its backing.

Apply gel side of strip to teeth and align strips with gum line, pressing gently for good contact. Fold the rest of strip behind teeth to keep in place.

Wear the strips for the recommended time, remove and discard. If you notice gel on your teeth, brush, rinse, or wipe it away. 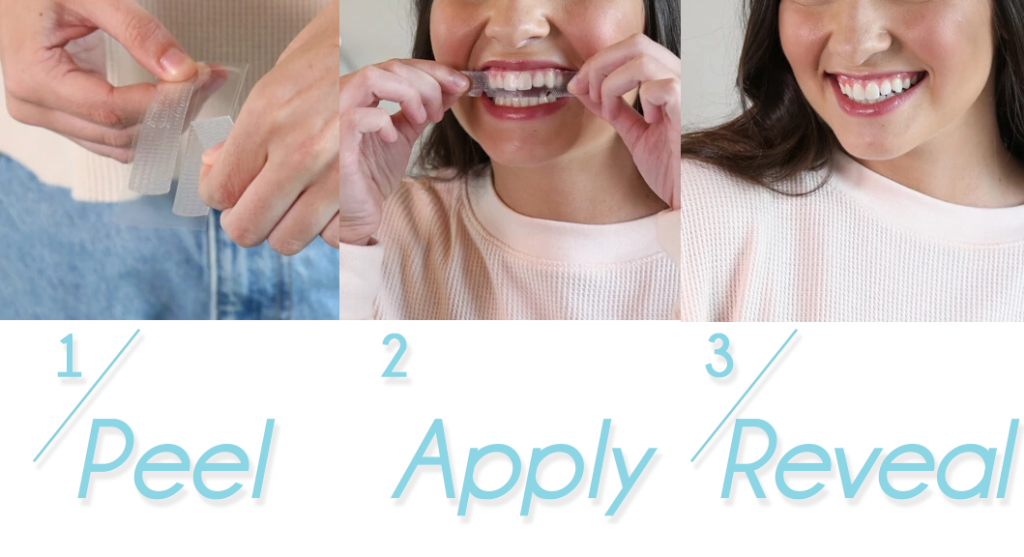 How to choose the best Crest 3D Whitestrips for you

Crest White Smile was created to bring the #1 dentist-recommended whitening brand directly to your doorstep: Crest 3D Whitestrips. With 20 years of teeth-whitening experience brightening and whitening smiles across the globe, we’re confident we can help you achieve a whiter smile that helps you shine. 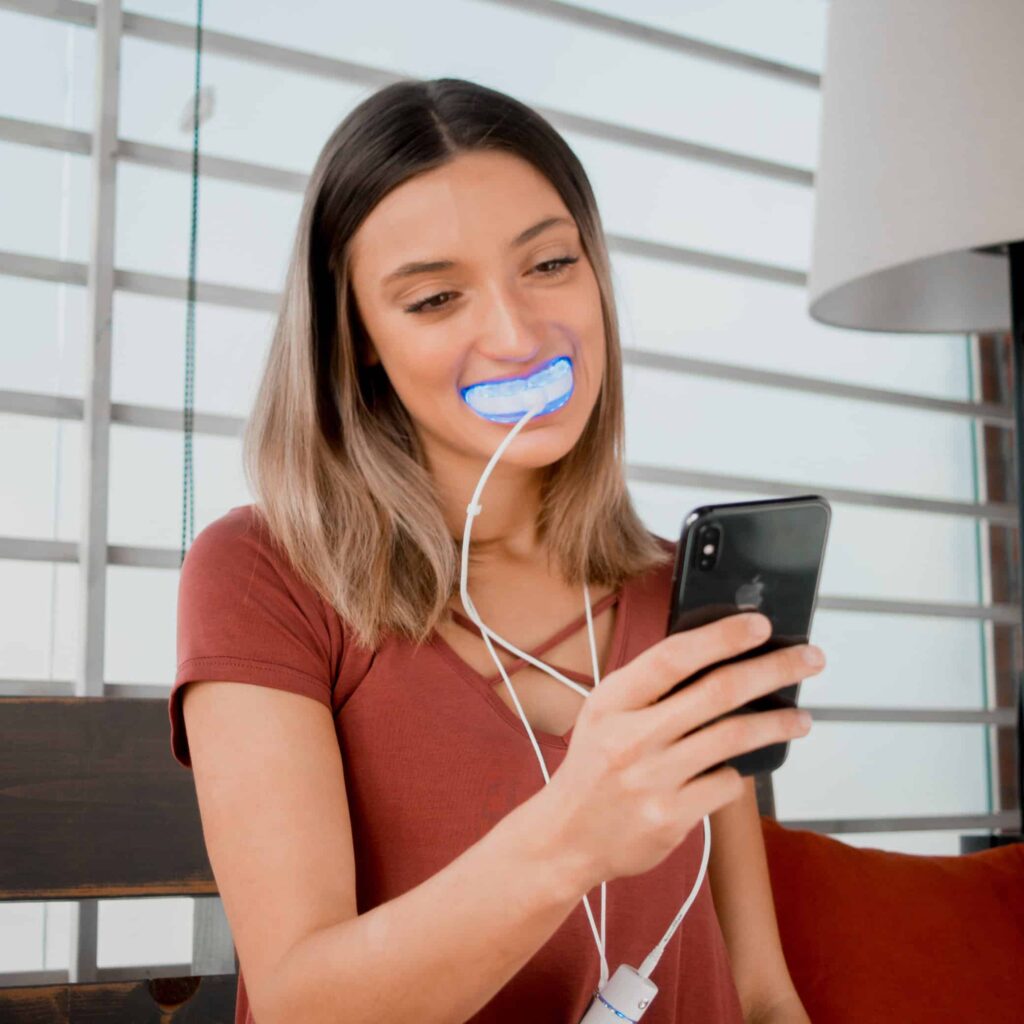 Not sure how these compare to the noname brands at a third the price, but the asking price seems way to high.Followed instructions online and I saw zero difference a couple days after the first 1hr application. I used controlled lighting and whitebalance to take comparative shots, as to allow me to measure a difference in photoshop, but results were the same.I've done a few more applications so far and I'm starting to see a very subtle difference I suppose, but it's far less than I expected. Perhaps my teeth are already white? Who knows. I don't drink coffee or tea and use a whitening toothpaste already.Speaking of toothpaste, I use Sensodyne, which is supposed to help reduce the pain with these strips. Despite it, these strips still hurt like crazy for me. The first time I used the strip, an hour after the treatment my teeth started to ache pretty intensely. It persisted for a day or two.I should of probably finished all the 7 strips by now, but I can't use them daily due to the pain; I need to give a couple days in between.. I might of been better off with a 20-strip version that's less intense?Considering the high price, the pain, and slow/mild results, I have to say I'm not too impressed. I will be purchasing noname in-store brand versions for now on I think.update:I finally finished the set of 7 treatments off today. The pain of the first treatment was far higher than the other treatments, but I think that was in part to me learning to not fold back the overhanging parts of the strips onto the back of my teeth. I just folded the overhanging parts onto themselves, and that helped limit the sensitivity. Usually they held in place without slipping to much.I can't say I really see a difference in my teeth via a mirror, but technically they are every so slightly whiter so says the camera. Important I guess. I worry now though that inbetween the teeth the whitening didn't do anything, making it maybe look a bit like I don't brush my teeth; I suppose that's a potential downside of whitening strips if used longterm. Based on the instructions, I shouldn't whitening anymore anyways, but rather go see a dentist -- which is annoying because I really don't feel there was a noticeable change. Personally, I think these whitening strips are priced far too high, but if you are persistent and careful, perhaps you can get the results you want for a few hundred bucks at home using them.They hurt to use, so they must being doing something, right?-s

I have been using crest white strips for several years now. I have always kept them on much longer than recommended. I think that is why my teeth are always whiter for so much longer. Daily coffee drinker. I keep them on for an hour or sometimes two hours. For the express hour white strips, I leave those on for two hours. My teeth are basically ultra violet. Love this product and I will continue to use 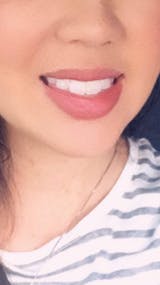 Has worked wonders on my teeth. As far As sensitivity goes I haven�t noticed much just a little here and there I have a few strips left this is six treatments plus the one hour treatment. 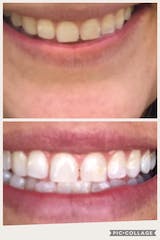 After 1 hour treatment. At least a shade lighter. Stayed in place and minimal sensitivity for a short while 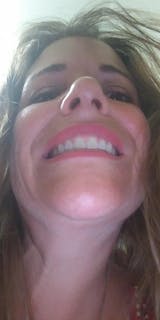 These whitening strips work great! I don't think I've found a product that works better than crest. They are a little annoying sometimes on your teeth but totally worth the results. Comes with 30 minute options and 1 hour options. 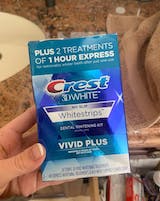 Shopping Cart 0 Wishlist 0
No products in the cart.

Your wishlist is currently empty.